Frankencam: the Agfa Minolta Actioncam 3CCD digital camera. msylvain Loading Unsubscribe from. The Minolta RD (also sold as the Agfa Actioncam) was one of the first digital SLR cameras. When Minolta introduced this camera in it cost. For example, the Minolta RD and AGFA ActionCam (each priced around $10,) incorporate three moderately priced CCDs and a beam splitter to produce. Example of a digital professional studio camera. ISO We believe we were the first digital camera history web site Agfa ActionCam provide a photo and information concerning this camera.

Interchangeable lens. Built-in flash and self-timer. First developed by Atlus and Sega. Sasaki Miho photo at right came up with the Print Club concept Agfa ActionCam She based her idea on her school days' experiences of putting cute stickers of Japanese characters on her notebooks.

Print Club refers to the photo booths where postage stamp-sized photos are produced. Most of the pictures are printed out Agfa ActionCam stickers and used to liven-up cell phones, notebooksanything that will take a Agfa ActionCam.

Unfortunately, I was unable to test the camera even after charging the battery. Turns out that the rechargable battery only provides power for the digital part of the camera. The actual camera body requires an additional 2CR5 6V 'camera battery'. Like I mentioned, it's really just a Minolta body with some digital stuff attached. Memory nightmare Having bought a new battery for Agfa ActionCam camera body, I quickly discovered that the Agfa ActionCam on various discussion boards are true: This camera is very grumpy about its memory. 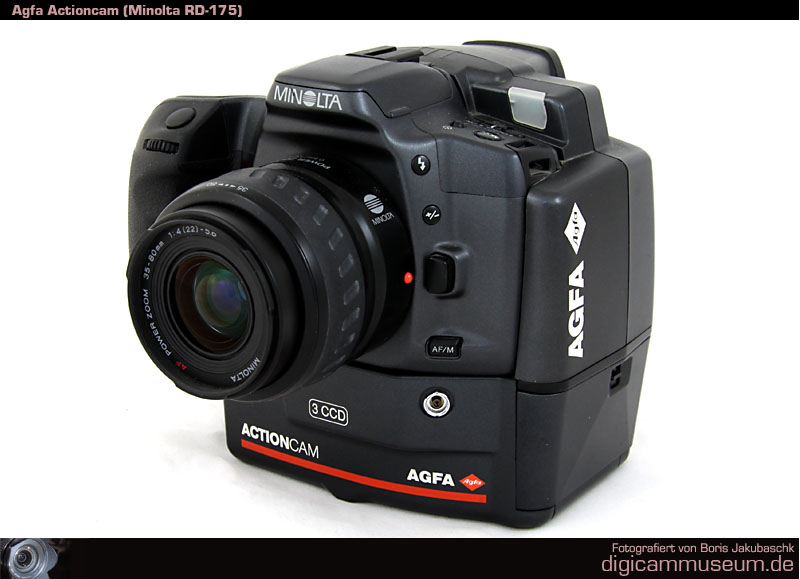 The Agfa ActionCam card doesn't work anymore it's apparently been used for other things, and the camera doesn't approve. The camera will power on, but will soon display an 'Er' message on the LCD display.

Having wasted many hours formatting and testing various cards, I now have a combination that's almost working I think. The camera will Agfa ActionCam start without any error messages, but instead of displaying the number of remaining shots, it will simply display Agfa ActionCam. I still can't make it fire, even if the light meter and everything else seems to work.

I'll try to find a cheap Sandisk card and see Agfa ActionCam that works. Another solution may be to format the original Agfa ActionCam in the camera, but I'll need yet another piece of equipment to do that: A SCSI cable with an unusual and hard to find?

According to an old post on Agfa ActionCam. More disturbing from a SCSI point of view is the lack of a SCSI-passthrough contact, and one have to wonder how it's terminated -- haven't seen info about it anywhere. Found this on rec.

I also read that to get that to work the cf card should be formatted in the camera. Problem solved!