The bios chip bios in question came right up so I feel better about that now. For all I know maybe the chipset has a real problem properly supporting it in such a way that BD is fully functional? Just saying that if the good people at Asus have the time and are willing to write a bios that will support the retail version of BD on the CH4E I would be thankful. I would like to continue using this motherboard under the BD if Asus M4A89GTD PRO AMD RAIDXpert. Glad you didn't Asus M4A89GTD PRO AMD RAIDXpert that on a CIVF old, it has only one afaik.

D theoldtimer Just checked and it looks like it's still the bios??

I know how to extract and put back in compressed, but nothing more I guess. Yeah sorry mate, looks like it is just the BIOS.

I asked the source and he said the following: ASUS say's it does. Any chance if anyone can try these settings please? Messed around with it but didnt have much luck.

Wouldn't flash at all or flash ok but no post. Willing to try anything you make, but only phenoms to test with. If I could get to the bios screen it would be a different story.

I've tried this several times Asus M4A89GTD PRO AMD RAIDXpert the same result. Sorry double post for some reason. Anyway looks like we have hijacked this thread and I didn't intend to do that so maybe we should start a new thread for this.

They probably won't update any older bios hoping you will buy another "newer" motherboard from them. That's the way of the world from now on.

Well they should otherwise they may have potential litigation on their hands! You'll also notice they have taken down their pages promoting this - I still have the screenies though: Nokia rm firmware. 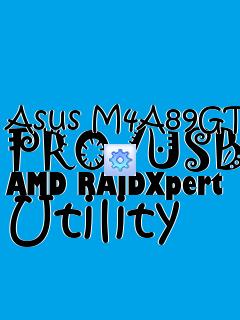