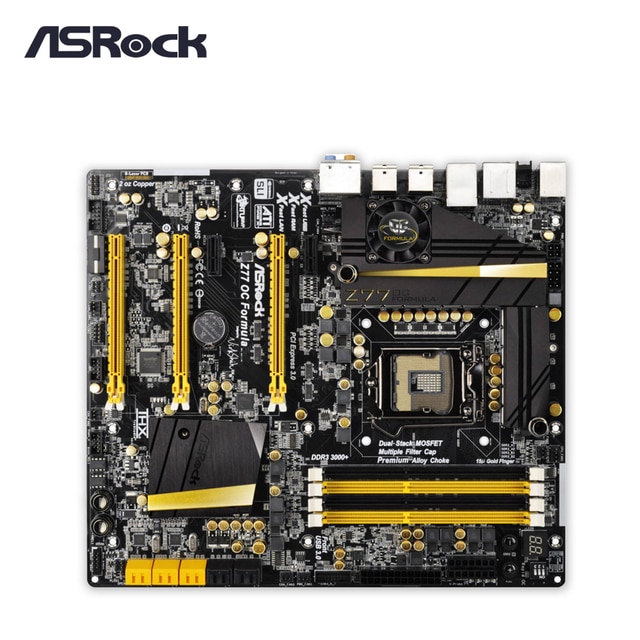 It features sturdy components and completely smooth power delivery to the CPU.

Plus, it offers unmatched overclocking capability and enhanced performance with the lowest temperature for advanced gamers as well. The larger the die area, the lower Rds on.

It comes with 4 sets of 2 ounces copper inner layers, using only carefully selected copper materials for PCB layers, delivering lower temperature and higher energy efficiency for overclocking. Have you ever wondered how the global OC champion overclocks his motherboards?

Multi Thermal Sensor: It provides users the temperature of various parts of the motherboard graphically in ASRock UEFI Setup Utility, so that users may precisely keep track and control of the temperature of each parts of their motherboard when overclockin Timing Configurator: Timing Configurator is a fast and easy tool that provides users with an abundant collection of subtle DRAM settings for professional tweaking.

Internet ASRock Z77 OC Formula Motherboard First up is XFast RAM where you can create a virtual disk from the system memory to help boost performance for an application like Photoshop, reportedly by 5x. Next is XFast LAN, which states it can lower latency for games by setting the priority of the network traffic higher than other items in the network stack, again by 5x.

I think all of these are good features to have on a motherboard of this caliber, if you use them. I was recently watching the Top Gear American one… bleh!

That car screams performance, and ASRock wants you to feel the same way it seems. That said, there is nothing fancy on the front, outside of the ASRock Z77 OC Formula Motherboard and the OC Formula symbol. Flipping the box over you see a few of the features and achievements of this board.

Moving inside the box you can see we've got a fairly typical line up going on with a bunch of paperwork covering the software and board. We've also got an extra piece that covers the board and the main specifications.

Normally we'd see this on the back of the box but instead you can see that ASRock have chosen to include it inside this time. We've also got the fairly typical USB 3. 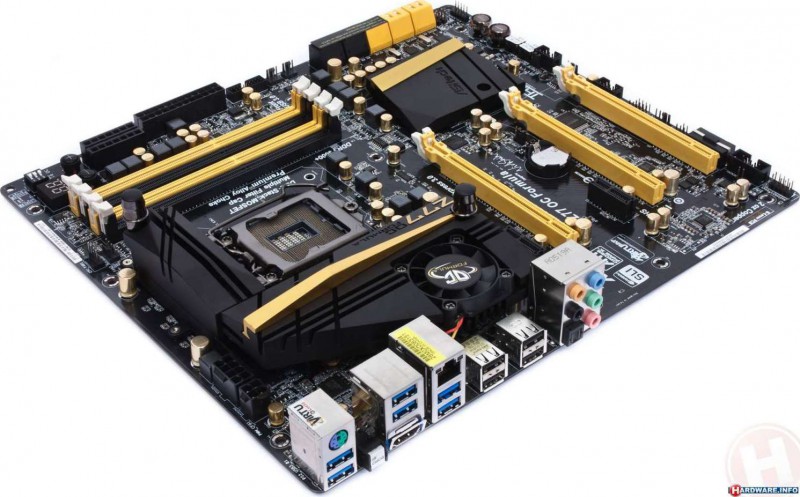